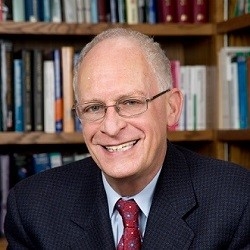 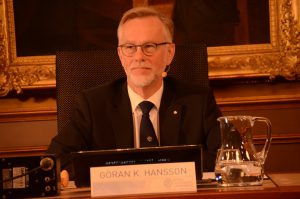 “The Royal Swedish Academy of Sciences has decided to award the Sveriges Riksbank Prize in Economic Sciences in Memory of Alfred Nobel 2016 to Oliver Hart and Bengt Holmström  “for their contributions to contract theory”.

Society’s many contractual relationships include those between shareholders and top executive management, an insurance company and car owners, or a public authority and its suppliers.

As such relationships typically entail conflicts of interest, contracts must be properly designed to ensure that the parties take mutually beneficial decisions. This year’s laureates have developed contract theory, a comprehensive framework for analysing many diverse issues in contractual design, like performance-based pay for top executives, deductibles and co-pays in insurance, and the privatisation of public-sector activities.

In the late 1970s, Bengt Holmström demonstrated how a principal (e.g., a company’s shareholders) should design an optimal contract for an agent (the company’s CEO), whose action is partly unobserved by the principal. Holmström’s informativeness principle stated precisely how this contract should link the agent’s pay to performance-relevant information. Using the basic principal-agent model, he showed how the optimal contract carefully weighs risks against incentives. In later work, Holmström generalised these results to more realistic settings, namely: when employees are not only rewarded with pay, but also with potential promotion; when agents expend effort on many tasks, while principals observe only some dimensions of performance; and when individual members of a team can free-ride on the efforts of others.

In the mid-1980s, Oliver Hart made fundamental contributions to a new branch of contract theory that deals with the important case of incomplete contracts. Because it is impossible for a contract to specify every eventuality, this branch of the theory spells out optimal allocations of control rights: which party to the contract should be entitled to make decisions in which circumstances? Hart’s findings on incomplete contracts have shed new light on the ownership and control of businesses and have had a vast impact on several fields of economics, as well as political science and law. His research provides us with new theoretical tools for studying questions such as which kinds of companies should merge, the proper mix of debt and equity financing, and when institutions such as schools or prisons ought to be privately or publicly owned.

Through their initial contributions, Hart and Holmström launched contract theory as a fertile field of basic research. Over the last few decades, they have also explored many of its applications. Their analysis of optimal contractual arrangements lays an intellectual foundation for designing policies and institutions in many areas, from bankruptcy legislation to political constitutions. 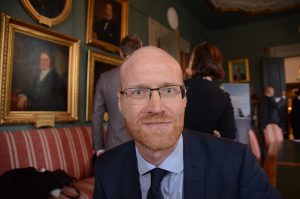 In an interview with Green Post, Professor and member of the committee in the Prize in Economic Sciences in memory of Alfred Nobel, Peter Fredriksson said this year’s Nobel Laureates opened a fertile field for basic research such as ownership in privatization of public sector and many other areas.

Commenting on the location of the Nobel Laureates, Professor Fredriksson said the laureates actually born in Europe and were raised in Europe, but later they were attracted to America, in a way it shows that America has created an environment that  can attract outstanding scientists.