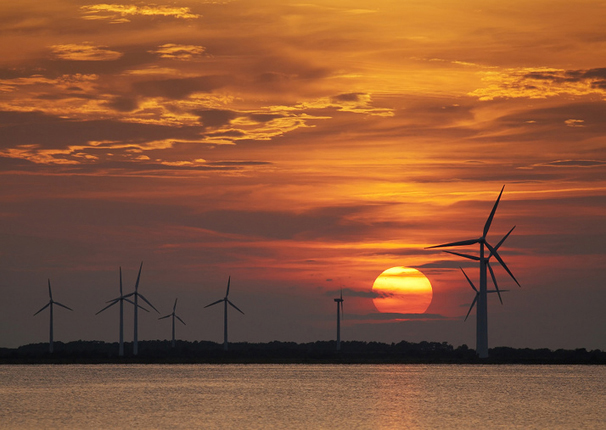 The following is her opinion article:

This comes at a time marked by many complex conflicts. Syria continues to be a nightmare. Tensions in our neighbourhood have increased. The EU and the UN, established in the post-war period to maintain peace, are being questioned. Increasingly, voices are being raised for isolationism and nationalism.

This is why we have no time to lose if we want to make a difference and have a positive influence on developments in the world. In 1954, Dag Hammarskjöld, the then Secretary-General of the United Nations, said: “The UN was not created to take humanity to heaven, but to save it from hell.” His words feel more relevant today than for a long time.

While problems do exist in the Security Council, we have recently seen evidence that progress is possible. On 23 December, the Security Council adopted the first resolution on the peace process in the Middle East in eight years. The resolution represents an important clarification, based on international law, of the international community’s views on the settlements.

On 1 January, as Sweden assumed its place on the Security Council, António Guterres became the new Secretary-General of the United Nations. We are encouraged by his vision statement, with its focus on strengthening the UN’s ability to prevent armed conflicts. We intend to build on this during Sweden’s presidency in January. We want to:

Next week, on 10 January, Sweden will host a ministerial-level open debate on conflict prevention. We cannot ignore the warning signs, and then the next minute add another armed conflict – and more human suffering – to the Security Council agenda.

The debate will be the Secretary-General’s first formal meeting with the Security Council. The aim is to give him and the Member States a basis for strengthening the UN’s efforts to prevent the lapse and relapse into conflict.

We are well prepared. Sweden has been an observer in the Council and held consultations with all its members. At home, we have engaged in dialogues with the Riksdag and civil society, and we have established an expert reference council.

As a member of the Security Council, Sweden will be responsible, professional, credible, dialogue-oriented and open. Sweden’s foreign policy is firmly rooted in international law, human rights, gender equality and a humanitarian perspective. Sweden will continue to combat violations of the prohibition of the use of force enshrined in the UN Charter, of human rights and of international humanitarian law. The use of the veto must be limited – especially in cases of mass atrocities such as in Syria.

As a Council member, most of our time will be dedicated to managing the situations, crises and operations that dominate the Council’s work and agenda. And as the Council’s agenda is driven by events – a conflict can flare up anytime – we must be prepared for the unexpected.

The international community is increasingly confronted with new challenges, such as pandemics, natural disasters, climate change and cyber threats. The entire UN system needs to manage these new types of threats to international peace and security in the 21st century.

UN peace operations must be more effective. At the same time, the Security Council, which formulates mandates for operations, must consider the capacity available to carry out the task. The sexual violence perpetrated by international troops against civilians in areas including the Central African Republic is completely unacceptable. Sweden will vigorously pursue demands for an effective zero tolerance policy.

Sweden will safeguard UN cooperation with regional organisations, not least peace and security cooperation with the EU and the African Union. As an active member of both the UN and the EU, Sweden naturally intends to contribute to strengthening cooperation between them.

There are no simple solutions to the world’s many conflicts or to the tensions in the Security Council. Patient and long-term efforts are what is required. Standing up for principles and dialogue or continuing to promote gender mainstreaming can be thankless and at times difficult. Yet to build the common security and sustainable peace we believe in, it must be done.

And we will do so from our perspective as an open country that is dependent on the rest of the world in this age of globalisation. It is essential for us that the countries of the world solve problems together, and that bloodshed on the battlefield is replaced with patience at the negotiating table. Sweden will contribute to upholding the international order, at the heart of which lie the United Nations and the Security Council. Over the next two years we will do this as a member of the Security Council.

Sweden was convincingly elected to the United Nations Security Council – with 134 votes. The countries of the world have spoken. Now it’s up to us to shoulder the responsibility that awaits.