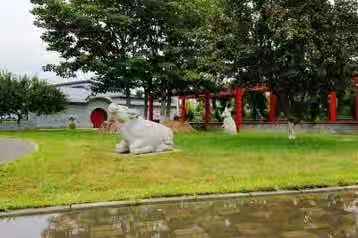 Stockholm, Dec. 18(Greenpost)–Minister of the Environment and Climate Change Krista Mikkonen will chair the meeting of the EU Environment Council in Brussels on 19 December. The environment ministers are due to discuss the EU’s environmental and climate policy priorities for the coming years. The aim is to adopt conclusions that will offer guidance for the EU on halting the global loss of biodiversity. In 2020, the countries of the world are set to agree on new common targets for biodiversity.

Minister Mikkonen said: “Finland’s Presidency of the Council of the EU will culminate with the Environment Council, where we will adopt conclusions on stopping biodiversity loss after 2020. Last week, we achieved one of the main objectives of the Finnish Presidency when the European Council agreed on a commitment to make the EU carbon neutral by 2050. Climate change and biodiversity loss are two sides of the same sustainability crisis, and they should be solved together.”

The Environment Council is the first Council configuration to which the European Commission will present its European Green Deal, which it announced on 11 December. The Green Deal is the Commission’s proposal on actions to rebuild the EU economy and solve the sustainability crisis.

Minister Mikkonen added: “The sustainability crisis requires urgent solutions. The fact that the Commission published the Green Deal right at the start of its term shows that a sustainable future really is a top priority for the EU.”

The second topic of the meeting is protecting biodiversity. Finland has prepared conclusions on tackling biodiversity loss from 2020 onwards. The draft conclusions emphasise the need for urgent measures to protect and restore biodiversity and to promote nature-based solutions. They also underline the importance of ensuring adequate funding to achieve the objectives.

On the one hand, the Council conclusions are a message from EU Member States to the European Commission, which is preparing a new biodiversity strategy as part of the European Green Deal. On the other hand, the conclusions are also a message to the international community, which is due to agree on new post-2020 targets to halt biodiversity loss next year.

In Brussels, Minister Mikkonen will chair the Environment Council but also attend a meeting of Green 10, a coalition of the ten most important European environmental organisations. The ministers and organisations are set to discuss the Council’s topics and make their own commitments for the environment.