BRUSSELS, Aug. 11 (Xinhua) — The emergence of China is one of the leading contributors for the superb export performance of Germany in the 2000s compared to other European countries, a recent report by the Brussels-based think tank Bruegel said. 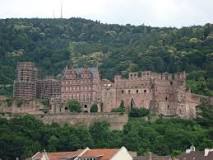 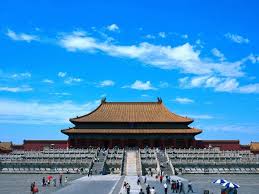 Germany is Europe’s export superstars, with an increase of 154 percent in exports between 2000 and 2013 compared to 127 percent in Spain, 98 percent in Britain, 79 percent in France and 72 percent in Italy, according to the report.

In addition, Germany is seen as a leading role model of successful adjustment from the “sick man of Europe” in the 2000s to an economic powerhouse today, because of a quick rebound in export growth after the financial crisis in 2009.

According to the European Union (EU) trade monitors, Germany contributes one third of the total trade volume between China and Europe. In the five years after the financial crisis, German exports to China almost doubled, a stronger increase than in any other European country.

Germany, as the largest European importer of Chinese goods, its imports accounted for 21 percent of all the 28 members of EU.

However, for the export market share of German exporters, sourcing from China was only marginally important. The most important benefit comes from the rapid modernization of China.

The modernization of China exhibited a growing demand for German products with its comparative advantage in machinery, transport equipment and other manufactured goods, the report said.

The most essential reason for Germany’s exceptional export performance is that German export business model builds on quality.

“The focus on quality may explain why export growth in Germany rebounded quickly after 2009 in spite of rapid rising nominal wages,” the report said.

The economists said high quality comes from the effective management. German exports business operate with a decentralized and less hierarchical organization which empowers workers at lower levels of the firm hierarchy.