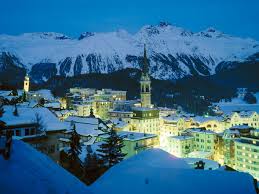 This follows the June signing of the Articles of Agreement by Swiss Federal Councillor Johann Schneider-Ammann in Beijing.

Switzerland is one of 57 prospective founding members, and has demonstrated great interest from the onset as it was amongst the first European countries to enter the AIIB’s founding process.

According to the Swiss State Secretariat for Economic Affairs (SECO), the confederation’s stake in the bank’s 100 billion U.S. dollars capital stock will be a total of 706,4 million U.S. dollars, to be paid in five annual instalments.

Switzerland’s voting power (0.8745 percent) will yield more clout than its financial input through the country’s basic and founding member votes.

SECO also indicated that the confederation will continue to actively take part in the bank’s foundation while vying for a seat on the AIIB’s Board of Directors.

Both Switzerland’s development policy and its foreign economic policy are in tune with AIIB plans to finance infrastructure projects in Asia by using its own resources and through public funds and private investment.

Particular emphasis will be placed on the areas of transport, energy and water supply, ports, the environment, urban development and logistics, information technologies and telecommunication, as well as rural and agricultural development.

SECO mentioned that Switzerland’s participation will also enhance economic relations with both China and Asia, with new opportunities expected to arise for Swiss businesses in the region.

With the deadline shortened by three weeks to accelerate the launching of the ratification process, the consultations are expected to run until Sept. 2. Enditem