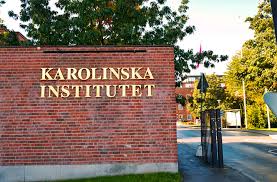 STOCKHOLM, Feb. 13(Greenpost)–Anders  Hamsten, Vice Chancellor of Karolinska Institute announced on Friday that he would resign due to the Italian visiting professor Macchiarini’s case.

“I failed to see the warning signs. Confidence in me as Vice-Chancellor of KI has been impaired both among the public, the research community and KI’s staff and students. It will be difficult for me to continue to act as Vice-Chancellor of Sweden’s most successful university with credibility and effectiveness. For that reason I am resigning my post, “Anders Hamsten writes. 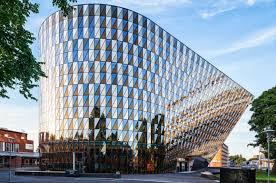 Hamsten’s resignation came after SVT series investigation report on Macchiarini’s experiment of plastic windpipe applied in human being causing deaths of the patients.

This was seen as a strong” earthquake “for Karolinska Institute because late last week Urban Lendahl resigned.

Swedish mainstream newspaper Daily News or DN published a series of debate articles criticising him of knowing the facts, but not doing the intervention earlier.  The other article criticised Karolinska Institute of mixing Nobel Prize in Medicine and academic research, saying the control of professorship was not academic. In other words relationship with the leadership played an important role.

After these two articles published, Hamsten decided to resign “because KI has received new information which gives a modified picture of the charges of irregularity against Paolo Macchiarini. ”

He has already decided that an external investigation will be conducted and former president of Swedish Administration Court of Appeal was appointed to do the job.

On Feb. 7  genetics professor Urban Lendahl, who sat on two prestigious Nobel groups, announced his resignation from those positions after it became clear he may be involved in an external investigation regarding the once-prominent surgeon Paolo Macchiarini, according to Swedish Radio.

On Saturday, Lendahl decided to step down as secretary general of the Nobel Assembly and the Nobel Committee in Physiology or Medicine at Stockholm’s Karolinska Institute.

The Karolinska Institute University Board said it launched an external investigation into the hiring and work of Macchiarini who is a visiting professor at the facility.

Macchiarini had performed experimental transplants involving plastic windpipes coated with the patient’s stem cells and has been accused by several colleagues of overstating his outcomes and the effectiveness of the procedures.

Last  Friday, Macchiarini was notified by the Institute’s vice chancellor that his contract would not be extended.

Lendahl has not be accused of any wrongdoing but thought it best to step aside while the investigation was ongoing.

“As professor Lendahl anticipates that he may be involved in this investigation, he resigns from his position as Secretary General out of respect for the integrity of the Nobel Prize work,” read a news release from the professor Rune Toftgård, chairman of the Nobel Assembly.

The assembly is an independent body of 50 professors from the Karolinska Institute which awards the Nobel Prize in Physiology or Medicine.

Hamsten published his resignation in the DN debate.

The following is the whole text.

I failed to see the warning signs. Confidence in me as Vice-Chancellor of KI has been impaired both among the public, the research community and KI’s staff and students. It will be difficult for me to continue to act as Vice-Chancellor of Sweden’s most successful university with credibility and effectiveness. For that reason I am resigning my post, Anders Hamsten writes.

The ”Macchiarini affair” or the ”KI scandal” has substantially shaken confidence in medical research in general and in Karolinska Institutet in particular during the last few weeks. I have had reason to scrutinise both my actions and the decisions I have made concerning the investigation into research irregularities that was the starting point for the media storm which has been raging for the last couple of weeks.

Because of the attention in the media, KI has received new information which definitely gives a modified picture of the charges of irregularity against Paolo Macchiarini. My conclusion is that KI’s investigation into Paolo Macchiarini’s scientific misconduct has to be reopened. Against this backdrop it seems very likely that my decision in this case was wrong.

During the last few days it has become obvious that the information possessed by KI when the matter was investigated was not complete. Last Wednesday we were given a new impression of the period following the operation in Iceland on his first patient, whose case is the basis of some of Macchiarini’s articles. During the last few days KI has also received information that implies serious inaccuracies in an article describing trials with artificial tracheae in rats. This information was totally new for KI. We are now endeavouring to investigate this information thoroughly and arrange an independent examination. But there is much to indicate that the judgement reached by KI last summer should be amended to scientific misconduct, which in plain language means research fraud.

In hindsight I can conclude that I should have looked for these probable inaccuracies during the review that led to the decision KI made on the matter of misconduct in August 2015. We should quite simply have been more thorough. As Vice-Chancellor of KI I am ultimately responsible for this.

Bosse Lindquist has made an important documentary series which pinpoints a number of important questions and reveals misjudgements at Karolinska Institutet. Today I can see that I completely misjudged Paolo Macchiarini and that he and KI should have gone their separate ways far earlier. It was in all probability wrong to employ him in 2010, just over two years before I was appointed Vice-Chancellor.

KI failed to see the warning signs early enough and did not pay enough attention to the warnings that came from doctors working close to Paolo Macchiarini. Nor was KI critical enough of the method of using artificial tracheae that Macchiarini adopted. Many have said that I, as Vice Chancellor, together with the management of Karolinska University Hospital should have acted to draw these warnings to the attention of the research project Paolo Macchiarini was conducting in Russia. With the benefit of hindsight I can of course see that we should have done so. At the same time, one has to remember that the clinical study Macchiarini conducted in Krasnodar was undertaken with permission from the Russian authorities and that, according to information available to KI, there was ethical approval for each single patient. What form these approvals took and what the medical status of the patients was before the operations is known only by those who took part in the study. Patient confidentiality, obviously, also exists in Russia.

In the recent discussion Karolinska Institutet has also been criticised for a culture of self-sufficiency, unhealthy elitism and prestige thinking. This may be true, I don’t know. What is, however, true is that we have high ambitions in our endeavour to use research and education to improve people’s health and at the same time contribute to medical breakthroughs and innovation in the field of life sciences which will benefit the whole of society in Sweden.

It is obvious that the picture many people have of KI as a self-sufficient elite university is alarming. Now we must ransack ourselves and get to the bottom of the question of whether an unhealthy academic culture prevails here. KI is reviewing the routines concerning recruitment and employment as well as our control mechanisms. We must introduce and take care of international researchers in a better way. And we must be more explicit with our employees about the ethical framework that is in place for their actions in Sweden as well as abroad. KI will actively encourage dialogue and discussions about values so that they are always inherent in our work.

The fact that Karolinska Institutet’s reputation has been tarnished by the ”Macchiarini affair” is extremely serious and is something for which I am obviously responsible. KI’s board has initiated an investigation into KI’s handling of Paolo Macchiarini from recruitment onwards and, not least, my actions in the misconduct investigation. A similar external investigation of Karolinska University Hospital’s role is being undertaken. This is excellent, as the two autonomous investigations will provide answers about direct errors that have been committed and what can be learned from them.

I am aware that confidence in me as Vice-Chancellor of KI has been impaired, both in the public, the research community and many of KI’s employees and students. The chorus of voices raised to demand my resignation is so multifarious and strident that I realise it will be difficult for me to continue working as Vice Chancellor of Sweden’s most successful university with credibility and effectiveness. That is why I am resigning my position.