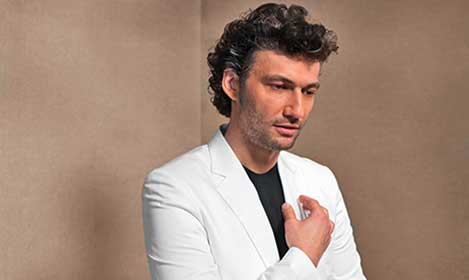 Nobel Media, in association with the Stockholm Concert Hall, presents the 2016 Nobel Prize Concert - an event of world class stature. The concert will be held on 8 December as part of the official Nobel Week programme of activities.

Jonas Kaufmann, “the most important versatile tenor of his generation”, will perform at the Nobel Prize Concert in Stockholm, Sweden, on 8 December 2016. Gianandrea Noseda, newly appointed music director at the National Symphony Orchestra in Washington DC, USA, will lead the Royal Stockholm Philharmonic Orchestra.

The Nobel Prize Concert is sponsored by DNB.