Stockholm ,29 August 2017(Greenpost) – Two students from the USA, Ryan Thorpe and Rachel Chang, received the 2017 Stockholm Junior Water Prize on Tuesday, for their novel approach to detect and purify water contaminated with Shigella, E. coli, Salmonella, and Cholera. H.R.H. Crown Princess Victoria of Sweden presented the prize at an award ceremony during World Water Week in Stockholm on Tuesday evening.

As the pair received the prize, Rachel Chang said: “I’m feeling so overwhelmed with emotions. All the projects here are absolutely amazing, truly of the highest quality. So, to be able to win such an achievement, it feels incredible”.

In its citation, the Jury said: “This year’s winning project embodies the fundamental principle of providing safe drinking water. The winner’s motivation is to eliminate millions of human deaths each year. The project developed a unique, rapid, and sensitive method to identify, quantify and control water contaminants.” 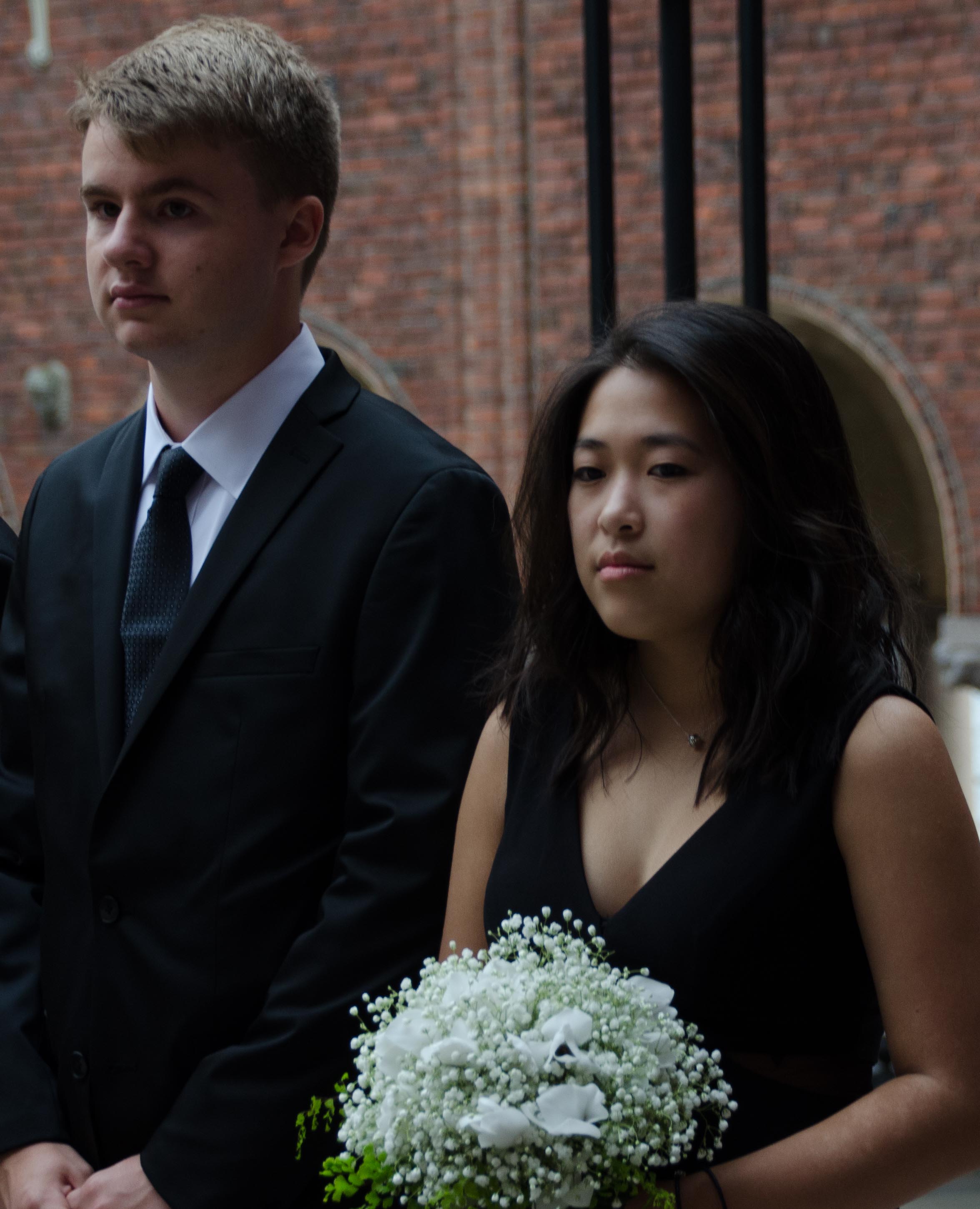 The students constructed a system that detects and purifies water contaminated with Shigella, E. coli, Salmonella, and Cholera more rapidly and sensitively than conventional methods. Their system detects as little as one reproductive bacteria colony per litre instantaneously and eliminates bacterial presence in approximately ten seconds. In contrast, conventional methods have detection limits of up to 1000 colonies and take one to two days. The students’ novel approach could prevent the contraction and outbreak of waterborne diseases and expand potable water throughout the world.

The Jury was impressed by the winners, in particular their “exceptional intelligence, enthusiasm and true passion for water and human health.”

“This method is applicable to both developed and developing world. The winning project has used fundamental science in an elegant way to address pathogenic bacteria in drinking water. The project has the potential to revolutionize the future of water quality,” the Jury said further.

“This is a very inspiring project that takes on one of the world’s biggest challenges, providing clean drinking water for all. Methods like these can unlock huge human potential, when access to safe drinking water, and by extension health, improves among hundreds of millions of people,” said Torgny Holmgren, Executive Director of SIWI.

The Stockholm Junior Water Prize competition brings together the world’s brightest young scientists to encourage their continued interest in water and the environment. This year, thousands of participants in countries all over the globe joined national competitions for the chance to represent their nation at the international final held during the World Water Week in Stockholm. Teams from 33 countries competed in the 2017 finals.

Diploma of Excellence to students from Bangladesh

A Diploma of Excellence was awarded to the students Aniruddah Chowdhury, Arnab Chakraborty, and Rituraj Das Gupta from Bangladesh. Their project researched more efficient ways to remove dyes from textile industry discharges, using a composite of titanium dioxide and cheap, locally sourced chemicals.

“By innovative use of existing technology they show new possibilities to cost effectively and efficiently treat harmful waste water from textile industry” the Jury said.

They are among the 33 plus groups of students from 33 countries in the world.

Stockholm International Water Institute (SIWI)  is a water institute, working to improve the way freshwater resources are governed. By combining our areas of expertise with our unique convening power, we influence decision-makers, facilitate dialogue and build knowledge in water issues, thereby contributing to a just, prosperous and sustainable future for all. SIWI organizes World Water Week – the leading annual global meeting place on water and development issues – and hosts Stockholm Water Prize and Stockholm Junior Water Prize, which are awarded during World Water Week.