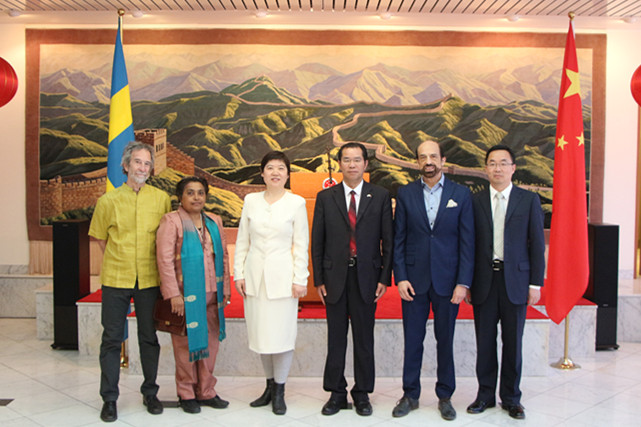 Ambassador Gui spoke positively of the interest PROFOCA gives to China. He said that China, since the reform and opening up 40 years ago, has made remarkable achievements and captured the interest of more and more media outlets. With China becoming increasingly open, it is hoped that foreign journalists will have a deeper understanding of China and report the stories of China objectively and truthfully, so as to play a positive role in improving the understanding of China by Sweden and other countries in the world.

The foreign journalists in Sweden said that the development of China has attracted broad attention from the international community. China’s innovation and technological achievements, such as mobile payment and high-speed rail, have taken the lead in the world. They will go to China more often to conduct field interviews and introduce the real China to Sweden and the world, on the basis of the principle of objective and balanced reporting.