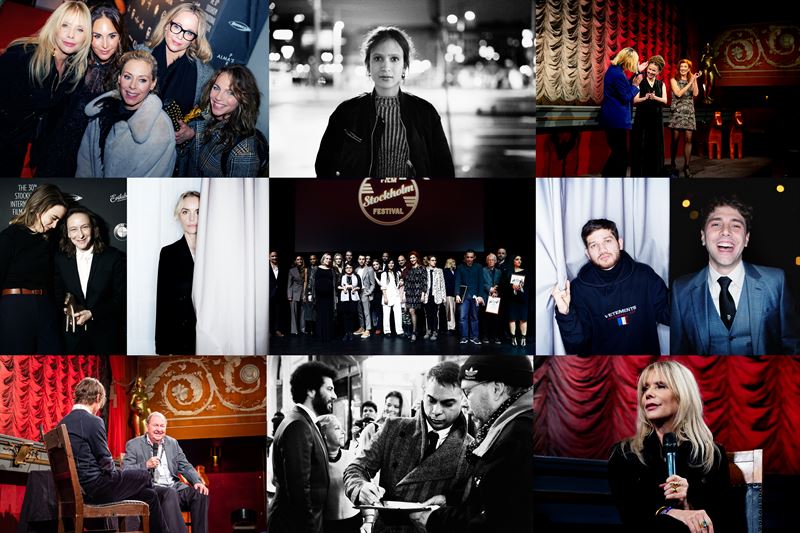 STOCKHOLM ,Nov.19(Greenpost)–The 30th Stockholm International Film Festival has ended. For 12 days 150 films from over 60 countries have been screened at seven film theatres in Stockholm. About 80 directors and filmmakers has visited the festival. The most seen film was Marriage Story by Noah Baumbach.

Yesterday the 30th Stockholm Film Festival ended. It was the festivals most equal program to date, with 40% female directors. At the festival the audience could see ten Award Academy nominees from countries such as Russia, Senegal, France and Colombia. Over 1 500 theatre visitors saw the divorce-drama Marriage Story by Noah Baumbach that opened the Stockholm Film Festival 2019.

#metoo, French cinema and organized crime was hot topics at the festival. The recipient of the Stockholm Visionary Award Céline Sciamma participated in an engaging discussion about equality and 50/50 by 2020 with Festival Director Git Scheynius and CEO at Svenska Filminstitutet Anna Serner. The actor Payman Maadi showed a new angle of Iran on the big screen, where the drug epedemi is a big societal problem. Activist and actress Rosanna Arquette that had engaging discussions with the audience about #metoo and climate change change, at the two-year Anniversary of #tystnadtagning.

– I have been to many film festivals, but this one is my favorite, it stands out totally with its vibrant focus on film and the people around it. I’m happy to be an ambassador for the festival, säger Rosanna Arquette.

The festival hit a record in the amount of sold Industry Accreditations. Netflix held a presentation about their move into Nordic film, which was described as a rock concert due to the overcrowded room. Xavier Dolan visited the festival for the third time and had a vibreting masterclass about the birth and development of Matthias & Maxime.

Below is the ten most seen films this year: