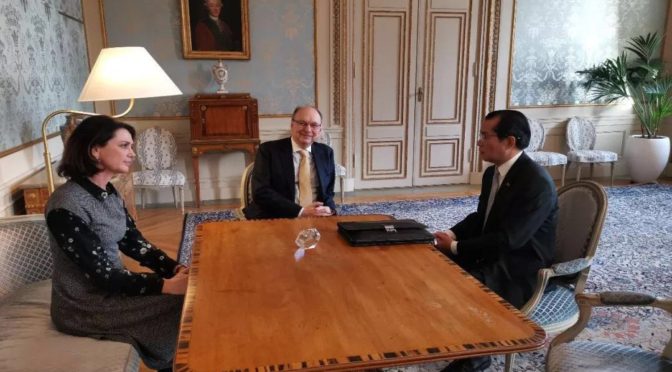 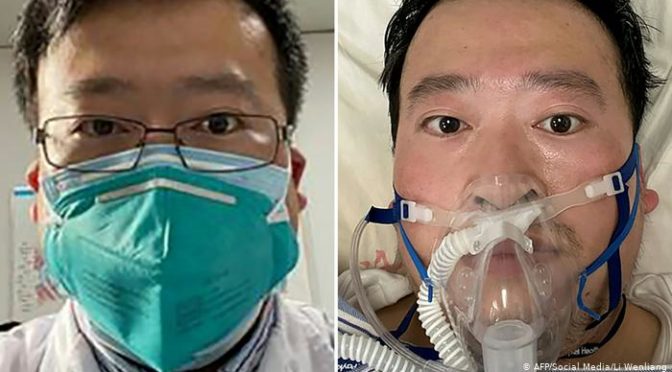 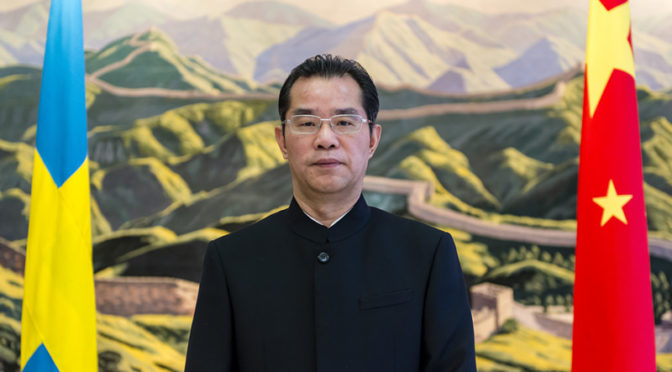 STOCKHOLM, Feb. 7(Greenpost) — Chinese Ambassador Gui Congyou published a signed article today calling for unity in front of the 2019-nCoV. He also expressed his appreciation for Sweden’s rational attitude towards the nCoV and kind support to China.

He said the 2019-nCoV has aroused wide attention. In front of this situation, the key method to fight against the virus is to avoid being panic, be united and transparent, take right preventive action and deal with it with science and ration. These are just the measures taken in China.

“Chinese government has put the people’s health and life in the first, mobilised the whole country’s resources to form an all dimensional and multi-layer prevention system, which is even stricter than the suggestions required by the World Health Organisation. ” said Gui.

Since the outbreak of the virus, a total of nearly 10 thousand doctors and nurses have been sent to Hubei to support the doctors and nurses there. Within ten more days, China built two professional hospitals specialised to deal with nCoV with the experiences of dealing with SARS in 2003. One hospital can hold 1000 beds and the other holds 1500 beds. So far 1500 patients have been cured and left the hospitals.

Gui said Chinese central government has been open and transparent in sending out the message of virus situation and strengthened international cooperation by reporting to the World Health Organisation and other world science and technology organisations. China’s action has won the appreciation of WHO’s chef Tedros Adhanom Ghebreyesus. He said on Monday there was no need for measures that “unnecessarily interfere with international travel and trade” in trying to halt the spread of a coronavirus.

About people’s worry about the economic impact on China and the world by the virus, Gui said in the short term, the impact can be seen, but in the mid and long term, Chinese economic volume and development persistence have been much bigger than the time when SARS took place, the impact will be temporary and not change the trend of being stable in the long run. The IMF Chair Woman Kristalina Georgieva has also expressed her confidence towards Chinese economy. The World Bank held that Chinese government has sufficient policy space to deal with the virus.

Ambassador Gui said the break of coronavirus is a public health crisis facing mankind and the international community should unite and cooperate to overcome this difficulty. The best curing method for the virus is to unite.

“We appreciate Sweden’s rational attitude to deal with the virus and appreciate Swedish enterprises, society and people’s support to China’s anti coronavirus campaign. Many Swedish friends cheer for Wuhan and China. This was very moving. I believe we can and we shall defeat the virus with the joint efforts of the Chinese government and people and the international community including Sweden. ” said Gui.

According to reports, from the time Wuhan announced to close down, Sweden’s Chinese communities have taken measures to collect donations and buy the masks and other medical protection stuff and sent them to China’s Hubei province where the virus breaking center and neighbouring Zhejiang province.

Swedish enterprises have also taken active measures. Ericsson was one of the companies to help build the two new hospitals in Wuhan, Volvo in Sweden announced large amount of donation.

In the early stage, Swedish DN published an article to say that people should not be panic and eating Chinese food will not help spread the virus if you are not infected.

Many Chinese circles send out the information on how to prevent the virus and inform those who just came back from Wuhan to be isolated at home for two weeks and if there is fever or cough, please call 1177.

A friend in need is a friend indeed.