Stockholm, Dec. 5(Greenpost)–The 2015 Laureates of the Right Livelihood Award, widely known as the ‘Alternative Nobel Prize’, have strongly called  for an end to war and discrimination.

They also called for renewed global efforts to tackle the climate crisis, secure the rights of indigenous and LGBTI communities. 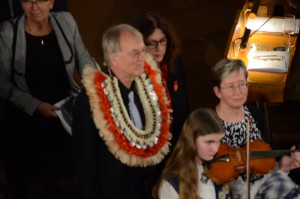 The four Laureates receive their awards at a ceremony in the Swedish Parliament in Stockholm last Thursday. 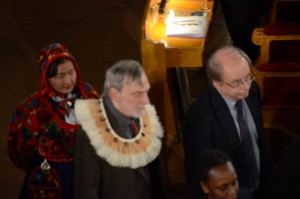 Tony De Brum, Minister of Foreign Affairs, Republic of the Marshall Islands, who receives this year’s Honorary Award on behalf of his nation, is a leading international voice on the existential threat posed by climate change to the Marshall Islands and other low-lying atoll nations, and the benefits of an accelerated transition to a low-carbon economy.

“I never imagined years ago when I was at the United Nations fighting for my country’s independence that I would be back, decades later, fighting for a new agreement to avert a new crisis that once again threatens the survival of my country. Lying just two meters above sea level in the vast blue expanse of the Pacific, we are literally at the mercy of the rising waves and the wicked storms that are the symptoms of our warming world”, he said. 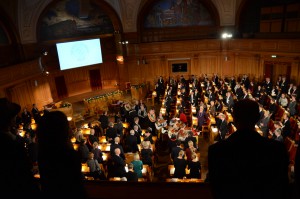 “In the Arctic we may be far from the world’s corridors of power, but the hunter who falls through the thinning sea ice in the Arctic is connected to industries of the ‘south’, the rising waters and stronger hurricanes which threaten the United States, to melting glaciers in the Andes and the Himalayas, to the flooding of low-lying and small island states. We must think of foreign policy, environmental and economic policy in the same breath,” Watt-Cloutier said. 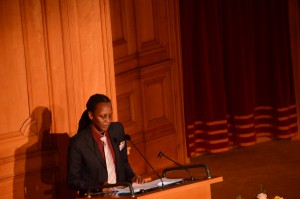 Kasha Jacqueline Nabagesera, human rights activist who has successfully defended the rights of LGBTI people in her native Uganda, urged an awakening of people’s consciousness to bring about lasting and tangible change: “I believe that the day is not far when discrimination against people based on who they love will also be left behind in the wastebasket of history.” 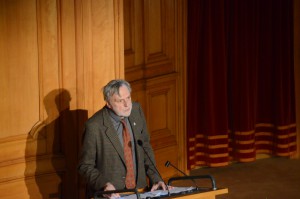 Gino Strada, Italian surgeon who co-founded EMERGENCY—an NGO that has provided medical assistance to 6.5 million people in war-torn countries around the world, used the occasion to call for a global coalition for the abolition of war: “War, just like deadly diseases, has to be prevented and cured. Violence is not the right medicine: it does not cure the disease; it kills the patient.”

“A massive movement— gathering hundreds of million citizens over the years, decades and centuries—changed the perception of slavery: today we repel the idea of human beings chained and reduced to slavery. That utopia became true. A world without war is another utopia we cannot wait any longer to see materialized,” Dr Strada said.