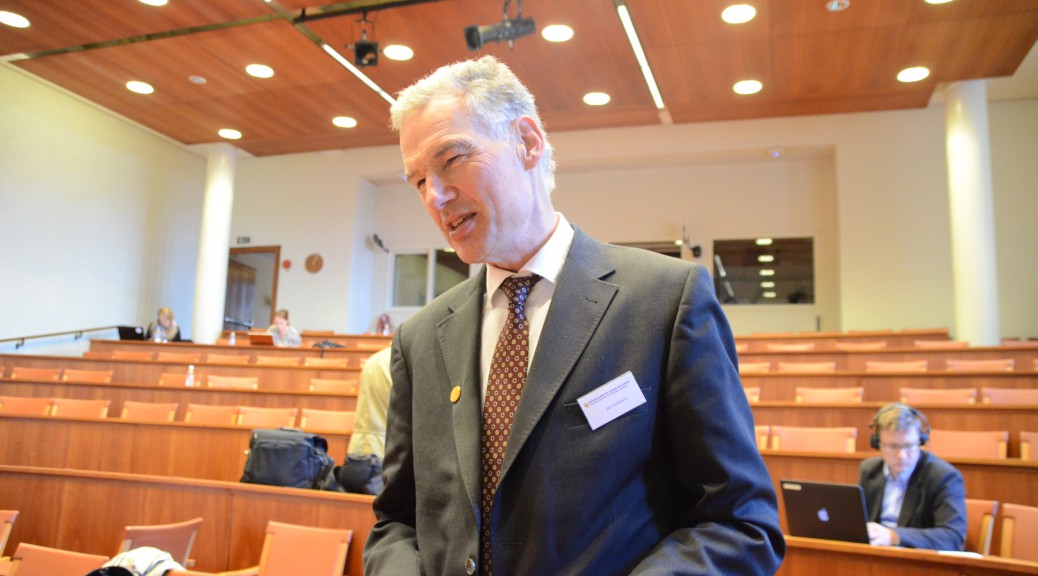 Stockholm, Oct. 5(Greenpost)– Greenpost has interviewed Jan Andersson, Nobel Assembly Member and Professor at Infectious Disease Department of Karolinska Institute in Huddinge.  The following is the text of the interview:

Hello I am Xuefei Chen Axelsson, I am in the Nobel Forum and we just had the press conference about this year’s Nobel Prize in Medicine, and Chinese Tu Youyou won the prize, so here we have the expert(Nobel Assembly Member Jan Andersson) explain this.

Xuefei Chen Axelsson: So can you tell us why Tu Youyou wins this prize?

Jan Andersson: So Youyou Tu got half of this Nobel Prize for her discovery of Arteminsinen. And she did that from a herb, so she was the one who identified that Artemisinin annua herb, the Chinese Artemisinin branch contains compound Artemisinin that actually has the best effect against Malaria Parasite that has ever been found. So she discovered a way to elute out the active compound from the herb. She also discovered how to elute away the toxic compartments from the herb, so actually it could be developed a safe and very efficacy drug Artemisinin for the treatment of severe Malaria. 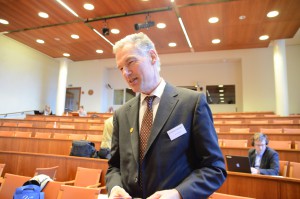 Chen Axelsson: How do you comment the contribution of this discovery?

Jan Andersson: Her component to identify how to elute out the biological activity or type of compound that was, how to purify it and then make it crystals and identification of molecular formulation for that, she set the stage for this whole development. It was a team effort, but she did the paradigm shift, the shift that open the doors for other scientist to go about, to contribute to the further development. She went in this process. It was a national process, when there were some success, but there were also failures, and they were wondering which way to go. There was a part of the projects that look for all types of traditional Chinese medicine, to see whether you can find something there.

And she went in then with knowledge of chemistry and pharmacy in how to elude out things, how to isolate things and how to test them for biological activity, and that was really a paradigm shift. She made the change to our knowledge. Then after she had identified this biological compound, and it was safe, and has got rid of the toxicity, then there was a lot of other groups in China who took this further on, to try it in different animal models, and then try it more on human infected with malaria, and then eventually there was companies that took on large scale production. But you know there is always someone to lead, and we were very happy when we saw who that was and we could identify down to Youyou Tu in specific moments in her career when she did it.

Chen Axelsson: And can we say that if without this medicine, we would have millions millions of people lost their lives.

Jan Andersson: Yes, we can say that because there was clinical trials done later on with pure substance of Artemisinin. The pure substance of Artemisinin was tested against conventional chimin Mefluquin, and it was demonstrated significant reduce mortality….30 percent reduction of mortality in children below age of five with severe malaria. So we can say that at least a hundred thousand lives are saved every year by that. We can also say that the total morbidity illness goes down because there is completely new medicinic action so that Artemisinin involves much earlier on in the life cycle of the disease.

Jan Andersson: No, you cannot say it’s vaccination, it is a cure. And we do not use it for prevention. We keep it for the cure of the infected ill people.

Chen Axelsson: Maybe briefly talk about the other half of the prize?

Jan Andersson: Yes, the other half goes to scientist in Japan, Satoshi Ömura and then his collabrator in the United States, William Campbell, together, they collectively discovered a new compound for treatment of roundworm infections, calling them in Latin Namatom infections, they infect a third of the human population, and generate chronic worm infections. There are two examples of that, quite well-known, river blindness and elephantiasis, those affected 25 million who get river blindness infection and you get 120 million who have elephantiasis, they are called filariasis. And they discovered the compound that by single yearly doze cure if you repeat in a number of years because it kills the microfilaria, the small children or the adult filaria extremely effective with single doses in 12 months.

This are predominantly affecting Africa, but there are also in Americas and South East Asia, Asia like Yemen that has problems for that. Predominantly in Sub-Sahara Africa. River Blindness in 31 nations, and elephantiasis in 81 nations affected by this disease.

Campbell was born in Ireland and lived in America. Ömora screened the bacteria, he screened 45 thousand bacteria, and then he selected 50 that he gave to Campbell. And Campbell has specific means eluting out biological activity against numbers of different microbs. And he discovered the novel theraphy against infections caused by roundworm parasites.