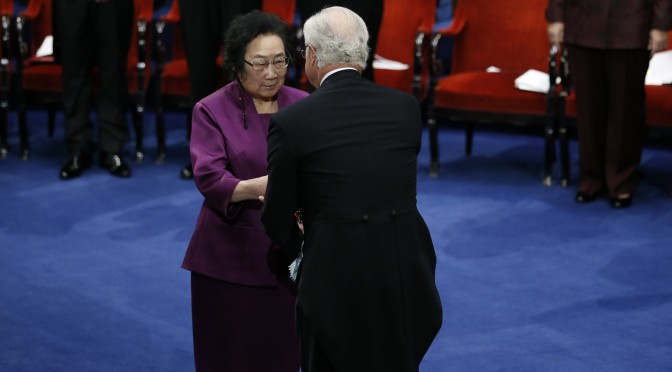 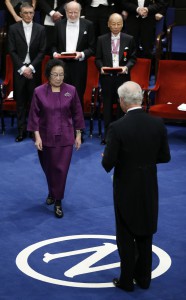 “During the 1960s and 70s, Tu Youyou took part in a major Chinese project to develop anti-malarial drugs. When Tu studied ancient literature, she found that the plant Artemisia annua or sweet wormwood, recurred in various recipes against fever.” 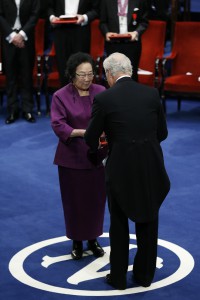 She tested an extract from the plant on infected mice. Some of the malaria parasites died, but the effect varied. 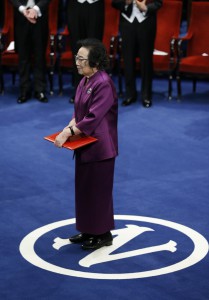 So Tu returned to the Literature, and in a 1700-year-old book she found a method for obtaining the extract without heating up the plant. The resulting extract was extremely potent and killed all the parasites. 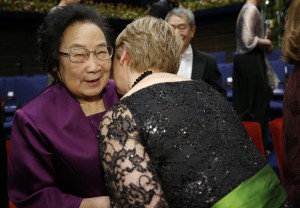 The active component was identified and given the name Artemisinin. 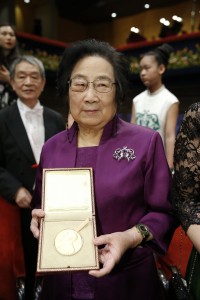 It turned out that Artemisinin attacks the malaria in a unique way.

The discovery of Artemisinin has led to development of a new drug that has saved the lives of millions of people,halving the mortality rate of malaria during the past 15 years. 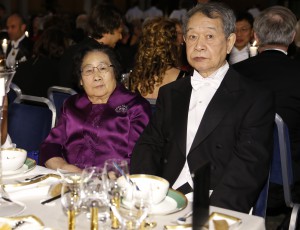 “Your discoveries represent a paradigm shift in medicine, which has not only provided revolutionary therapies for patients suffering from devastating parasitic diseases, but also promoted well-being and prosperity for individuals an society. The global impact of your discoveries and the resulting benefit to mankind are immeasurable. ” 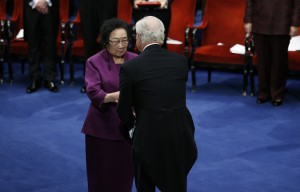 Tu Youyou was the first Chinese women scientist who won the Nobel Prize in Medicine. 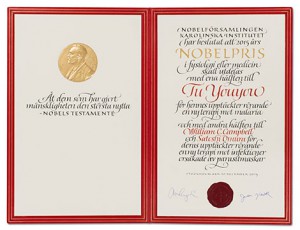 She also participated in the Nobel dinner with her husband Li Tingzhao, daughter and grand daughter.