BEIJING, Dec. 8 (Xinhua) — To ensure a medium-high level of economic growth for the next five years, China has moved to foster new growth engines as old ones lose steam.

In recent years, old growth engines, including exports and investment, lost momentum partly due to weak demand at home and overseas. The country’s quarterly GDP growth slowed to a six-year low of 6.9 percent in the third quarter of this year.

In the next five years, the country’s annual growth rate should be no less than 6.5 percent to realize the goal of doubling the GDP and per capita income of 2010 by 2020.

To attain that goal, the government must cultivate new growth engines to bolster growth in the next five years.

As traditional industries including steel, coal and cement sectors are facing excessive capacity, China is moving to tap the potential of new industries with bright prospects.

A proposal for formulating the country’s 13th five-year plan unveiled last month said that China will step up researches on core technology concerning the new generation of telecommunications, new energy, new material and aviation, and support the development of new industries, including energy conservation, biotechnology and information technology sectors.

In Changzhou, a city in eastern China’s Jiangsu Province, there are more than 50 companies producing graphene, a new material that widely used in high-end equipment manufacturing, forming a national level production base for the material. Products made by Changzhou Tanyuan Technology Co. are used in smartphones. The company’s sales have risen from 6 million yuan to more than 200 million yuan in only three years.

Qi Chengyuan, head of the high-tech division of the National Development and Reform Commission (NDRC), said China will turn new strategic industries into major driving forces for economic growth in the next five years.

The country should form five new pillar industries that each have a potential of becoming a 10 trillion yuan industry, including information technology, bioindustry, green industry, high-end equipment and material, as well as the creative industry, Qi said.

New impetus must also come from the government’s emphasis on mass entrepreneurship and innovation.

In the first three quarters, China’s newly registered companies rose 19.3 percent to 3.16 million, as the country pushed for easier registration to promote innovation.

Innovation is the most important impetus for China’s growth, according to the proposal for formulating the 13th five-year plan.

A good example is the strong growth in Shenzhen, a national demonstration zone for independent innovation. In the first 10 months, the proportion of R&D investment in Shenzhen’s regional GDP was more than 4 percent, nearly doubles the national average. 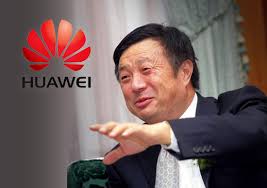 The Shenzhen-based Huawei Technologies Co., Ltd. has set up 16 overseas R&D institutions and owns a total of 76,687 patents, said its CEO Ren Zhengfei.

The company realized a sales volume of 288 billion yuan last year. Ren forecast that the company will more than double that sales figure by 2019 on the back of constant innovation.

Song Weiguo, researcher with the Chinese Academy of Science and Technology for Development, said that technological innovation will provide greater impetus for growth in the next five years.

REFORMS ON SUPPLY SIDE

Structural reforms on the supply side will lend more steam to sustainable growth, President Xi Jinping said last month at a meeting of the Central Leading Group for Financial and Economic Affairs.

Xu Lin, head of the NDRC’s planning division, said reforms on the supply side, which means sustainable growth instead of short-term demand management, is necessary for cultivating new growth impetus.

An important aspect of supply side reforms is government efforts to streamlining administrative approvals and delegating power to lower levels.

From early 2013 to the end of September 2015, the central government has canceled or delegated 586 kinds of administrative approval.

In the economic and technological development zone of Nanning, Guangxi Zhuang Autonomous Region, the bureau in charge of administrative approvals cut the red tape and reduced the time needed for getting an approval from more than 300 days to 20 days.

On the supply side, China should maintain structural tax reductions to boost the service and advanced manufacturing sectors and support small enterprises, and push forward entrepreneurship and innovation, Premier Li Keqiang said earlier this month.

China will keep cutting red tape to foster emerging industries and speed up the overhaul in traditional industries to improve efficiency, Li said.

With new impetus from China’s reform pushes, the country will be able to realize an average annual growth of 6.5 percent in the next five years, said Yu Bin, researcher with the Development Research Center of the State Council. Enditem