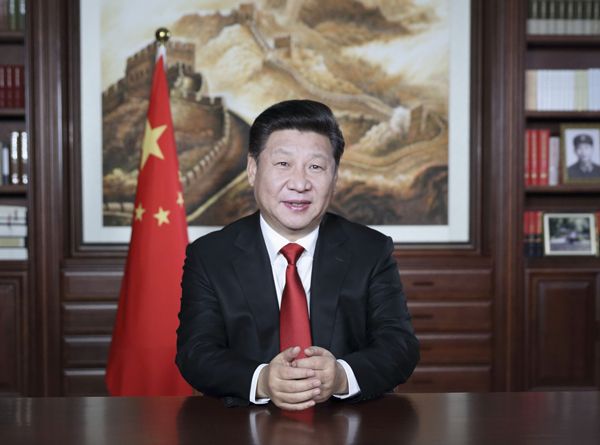 The following is the whole text translated by Xuefei Chen Axelsson, Chief editor of Green Post: 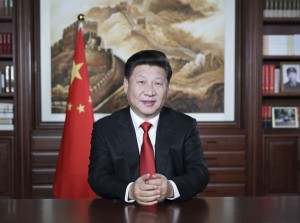 After a couple of hours, the New Year’s bell will toll. We shall say goodbye to 2015 and welcome the first ray of sunshine of 2016.  At this moment, I would like to say New Year blessings to you, people of all ethnic groups in the whole nation, to compatriots in Hong Kong Special Administrative Region and Macao SAR, to Taiwan compatriots and compatriots overseas, to all friends from all countries and regions in the world! Happy New Year!

No pains, no gains. In 2015, Chinese people made great efforts and harvested a lot. China’s economic growth continutes to rank the first in the world, reforms have begun in almost all fields,  reform in  judicial system continues to be deepened, the “three stricts and three solids” thematic education has improved the political ecology, the anti-corruption struggle continues to deepen.  Through the joint efforts of the Chinese people of all ethnic groups, the 12th five-year plan has successfully ended with a sense of fulfillment in some sense for the vast masses.

This year we held a grand celebration on the 70th anniversary of victory in Chinese people’s anti-Janpanese War and the World’s anti-Fascist war. We held a grand military parade showing the truth that justice shall win, peace shall win and the people will win. We have implemented a comprehensive reform strategy to consolidate our military strength and announced that we shall cut our military personnel by 300 thousand. I have met Mr. Ma Yingjiu in Singapore and shaken hands with him after 66 years, showing that the peaceful development across the Taiwan Strait is the common will of our compatriots on both sides of the strait.

This year Beijing won the rights of hosting the 24th Winter Olympics and the RMB was included in the SDR basket of IMF. The assembling line of C919 airplane developed by  Chinese has been in operation. China’s super computer broke the world record and won its sixth consecutive championship. Dark matter exploring Satellite developed by the Chinese scientists has been launched into the universe. Tu Youou became the first Chinese scientist who won the Nobel Prize…these all prove that as long as we are persistent, our dreams will be realised sooner or later.

This year we had joy, but we also had sorrow. The accidents such as the capsized Oriental Star passenger ship in the Yangtze River, the most serious explosion at the Tianjin Port and the landslide in Shenzhen have deprived many compatriots’ lives, let alone the dreadful incident that quite a few compatriots were cruelly killed by terrorists. We missed them, may them rest in peace and may the alive healthy.There are still some difficulties and irritations in the lives of the masses. The party and government are determined to continue to make efforts to guarantee the safety of people’s lives and property, improve people’s living standards and health.

2016 is the first year of the decisive period China enters to build comprehensive wealthy and healthy society. The 5th session of the 18th plenary session of the Communist Party of China has set up clear directions for the development in the following five years. The prospect is encouraging and inspiring, but the happiness doesn’t come from the sky. We should be confident and continue to make efforts in implementing the development concept of being innovative, harmonious, green, open and sharing, pushing forward the structural reform, pushing forward reform and opening up, and doing our best to promote equity and justice and create clean and transparent political environment to make a good start for the decisive period of building comprehensive wealthy healthy society.

To build comprehensive wealth and healthy society, it needs the joint efforts of the 1.3 billion people. It is my great concern to improve the living standards of the hundreds of thousands of poor people in the rural areas.

We have blown up the trumpet to win the campaign of poverty alleviation. All the party members and the people of all ethnic groups should join hands in the battle to ensure that all the poor people should alleviate their poverty as scheduled. We should take care of all the people who have difficulties so that they can feel the warmth from their inner heart.

We only have one earth, and it is the common home of all the people in all nations. This year, Chinese leaders participated in many international conferences, conducted many diplomatic activities, pushed forward some tangible progress in the construction of “one belt and one road”, participated in the United Nations 2030 sustainable development agenda and the Paris Climate Change Conference. The world is large and problems are many. The international community anticipated to hear China’s voice, see China’s solutions and China cannot be absent. We should not only have empathy and be sympathised with those who are suffering from difficulties and war fires, but also take responsibility and action. China will forever open its heart to the world and stretch her hands to those who are in difficulty so that our “friends circle” will be larger and larger.

We sincerely hope that the international community will make joint efforts to have more peace and cooperation, change the antagonism into cooperation, replace the spears with the silk, jointly build a human community jointly owned and shared by the people of all nations. 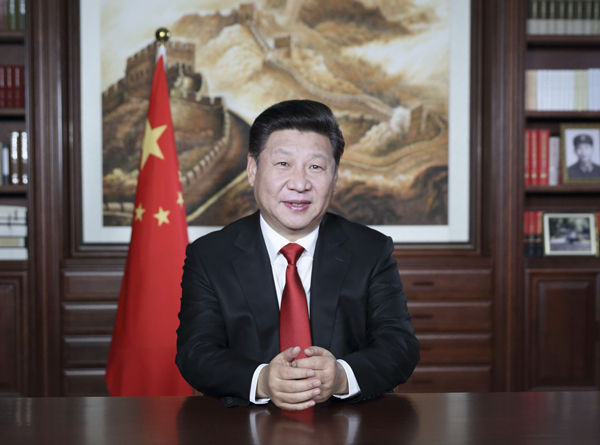